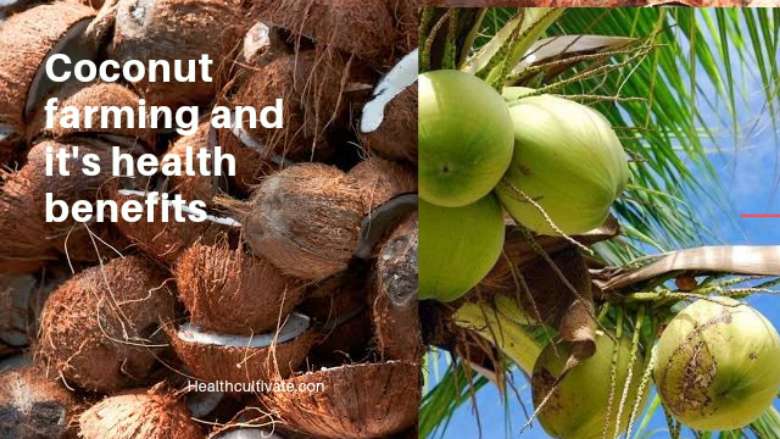 Coconut farming is always profitable in terms of wealth as well as health. Be it coconut oil or coconut milk, the brown husky fruit is nutritional from the inside.

If you are looking for a plant-based saturated fat, then coconut is the cheap and widely available option. The nutritional value of coconut is due to its fiber, fat, carbohydrate, sodium, sugar, and protein content. Coconut farming is gaining popularity because of its huge consumption at the commercial and domestic level.

While coconut oil has its usage in cosmetics and cooking, coconut meat is used in various dishes. Not to forget the delicious coconut water, which is consumed on a large scale.

Coconut fruit can be consumed in several forms. Be it coconut oil, milk, or water, coconut farming is fulfilling all these demands. After removing the coconut shell, you can either eat the raw meat or grate and press it for coconut milk. Even the dried coconut meat can be consumed in various forms such as preparing coconut cookies.

Coconut fruit has a good amount of fat content as compared to other fruits that contain a high amount of carbohydrates. You will also find protein, minerals, and vitamin B in this fruit.

Since coconut fruit is also high in manganese, you can add it to your diet for stronger bones. If your red blood cell count has decreased, the copper and iron in coconut will help you with that too.

The high fiber and fat content of coconut make it suitable for controlling blood sugar while its powerful antioxidants protect your cells from damages.

If you are calorie cautious then avoid overconsumption of coconut as it may result in weight gain.

Parts of a Coconut Tree and Their Uses

This multipurpose and nutrient-rich fruit consists of many parts starting from the husk to coconut meat. The outer layer of coconut fruit is the brown husk made of tough fibers that can be used for cleaning purposes at the household level. It can also be used as a fuel or to make a variety of toys and showpieces. Cocopeat is used in farming also.

How To Plant and Grow Celery at Home | Important Tips

Common Food Adulteration and How to Test it

Next comes the second layer the hard shell of the coconut fruit. It can be used in the place of charcoal or to create handicrafts. Inside the hard shell, lies the flesh which is the edible portion of the whole fruit. It is rich in vitamins and can be eaten raw or after cooking. You can get coconut milk out of this flesh after blending and squeezing.

Popular coconut oil can be extracted from the kernel and can be used for cooking or cosmetic purpose. Now comes the coconut water a remedy to many ailments. It is rich in B vitamins, ascorbic acid, and proteins essential for the body.

Apart from fruits, the leaves of the coconut palm are also useful for weavers. They can make beautiful hats, mats, and baskets out of the leaves. Their midribs are used to make brooms and decorations.

The “palmis” of the tree is another delicacy popular among the locals. The coconut spathe is used to make containers and brooms after drying.

Other parts of the coconut palm are the trunk and roots. Its roots also have some medicinal properties that can treat kidney diseases, heartburn, etc.

Coconut is a tropical fruit mainly found in tropical and subtropical regions around the world. Since coconut fruit is multipurpose, coconut farming provides a sustainable income to the farmers. Coconut framing involves all the usual procedures like other cultivations such as preparing the land, spacing, planting, managing weeds, and taking care of the palms. An equatorial climate is best suitable for coconut cultivation. Extreme temperatures and severe winters are not good for coconut cultivation.

For coconut farming, laterite, alluvial, coastal sandy, and red sandy loam are suitable with a depth of more than 1.2 m. the soil should be fertile without any hard lumps. Proper drainage, a water table at 3m, and the absence of hard materials like rocks under the surface are other requisites for coconut farming.

Irrigation requirements for coconut farming are different for summer irrigation, basin irrigation, or drip irrigation (when water is scarce).

Manuring is equally essential to get a high yield in coconut farming. Regular manuring keeps the palm tree healthy and nutrient-rich. You can apply organic manures such as compost, groundnut cake, and fish meal.

Proper pest control should be done to keep the yield high and safe. Coconut palm can be attacked by pests like rhinoceros beetle, red palm weevil, and leaf-eating caterpillar. Moreover, the coconut palm is also prone to diseases like leaf rot, nut fall, bud rot, and stem bleeding. Treating the palm for pests and diseases by adopting proper measures will ensure high productivity in coconut farming.

Coconut cultivators can adopt intercropping techniques for complete utilization of soil. Coconut can be intercropped with banana, tapioca, etc for several years. Even mixed farming can be done with coconut cultivation by growing fodder grasses for cattle.

Coconut harvesting can be done once a month in high yielding gardens. Although coconut matures in about a year, it can be harvested before for the green husk.

Coconut farming is done in many parts of the world, therefore, you will find several varieties of fruit such as tall, dwarf, or tender and hybrid.

Some Examples of Tall Varieties of Coconut

Some Examples of the Dwarf Variety of Coconut or Tender Coconut

Some Examples of Hybrid Varieties of Coconut

Coconut is nutrient-rich and its parts can be used in several ways. Therefore coconut farming has a huger scope at the domestic and commercial level. In some societies like India, coconut holds a cultural value. It is used in various rituals across the country. It is a single fruit with a lot of significance that is hard outside and soft inside. Consuming coconut imparts a healthy body and skin hence coconut farming will always be a beneficial deal for any region of the world. 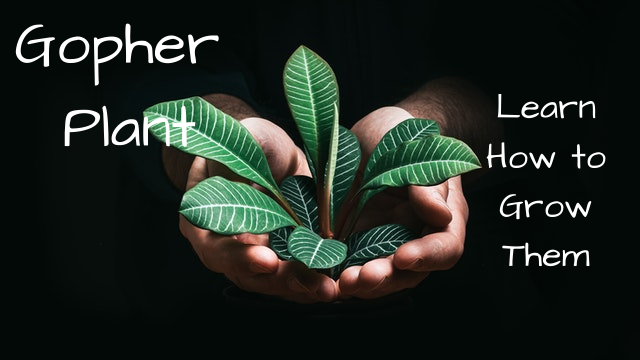 You may have heard about different types of gopher plants but don’t know what is the exact concept behind that. You may wonder what does a euphorbia plant look like and that is why we are going to tell you about its appearance in this article as well. The plant has a weird name but…